Over 30 teams participated by submitting a five-minute film produced in just 96 hours.

Lakewood’s first short film contest featured more than 30 fantastic films made by creators of all ages and levels of experience. “Reel Life ’96” was a spectacular success.

“Trying something new is hard, but success sure is sweet. Reel Life ’96 was Lakewood’s first-ever short film contest and it couldn’t have gone better. 35 teams participated with talent of all ages and levels of experience.  The films they produced are hilarious, emotional, moving, and exciting. This contest was a big hit, and we hope it might become an annual affair.“
Jim Kopriva, Communications Manager

Participating teams attended an orientation in February where they were assigned a common theme and required elements for their films. Each film had to relate to a theme of “be happy for what you don’t get”, and had to include a lit candle.

Shooting began on Feb. 10, and teams had just 96 hours to script, shoot, and edit an original film.

On Saturday, March 19, participants and volunteers gathered for a screening gala at Clover Park Technical College McGavick Center. Each film was displayed and films were selected for 13 award categories.

Playlist of all 33 films 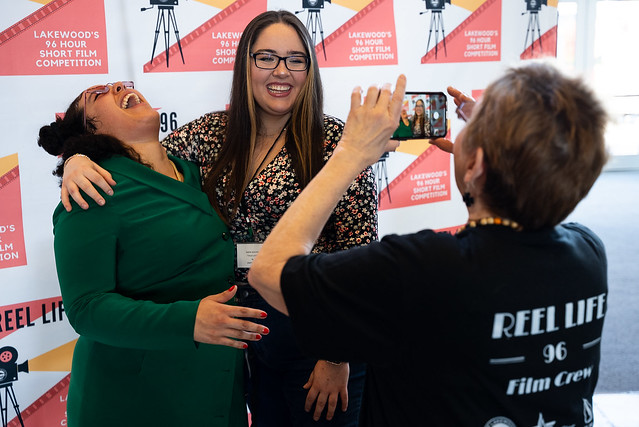