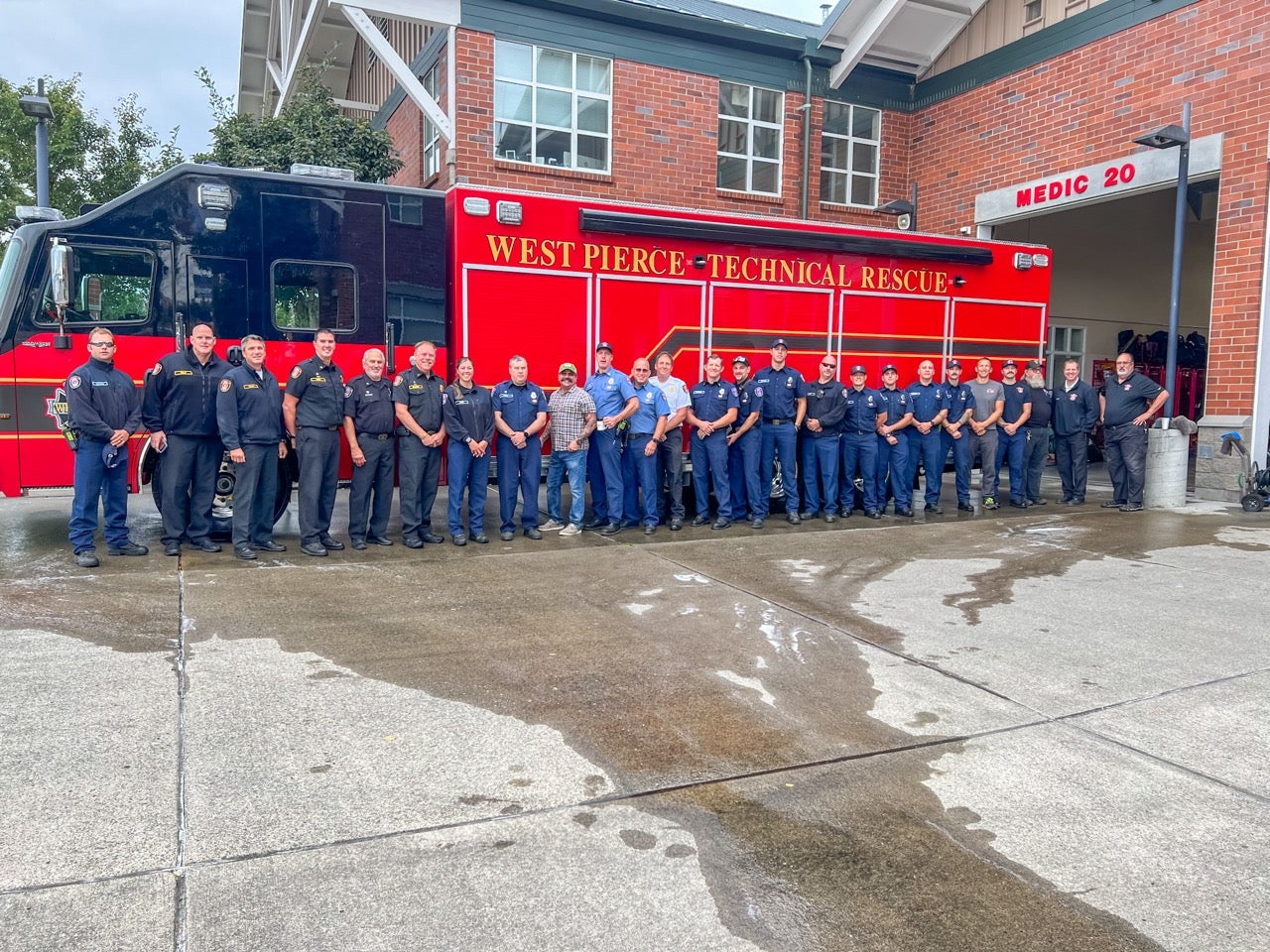 West Pierce Fire & Rescue (WPFR) recently took ownership of the new Rescue 20 technical rescue apparatus and held a “push-in” ceremony at its home station, Station 20, located on Pacific Highway in Lakewood. The rig was washed and pushed into the apparatus bay by WPFR personnel.

This ceremonial tradition dates back to the 1800s when horse-drawn equipment was used for firefighting. Since the animals were unable to back into the station, firefighters would detach the horses and push the equipment into the apparatus bay. Now, WPFR keeps this legacy alive by continuing to push in new apparatus when it is put into service.

Rescue 20 is the newest addition to WPFR’s fleet, which is a technical rescue rig and will respond to various 9-1-1 calls, such as confined space, trench, high/low angle, rope, and heavy vehicle and machinery rescues. It was grant-funded and has been in production for more than a year and a half. Once WPFR took ownership of the rig, it was outfitted with equipment, supplies and gear needed to respond efficiently to these types of high-risk calls. This piece of equipment will replace the current technical rescue rig, which was donated to the Lakewood Fire Department and has been in service for more than 20 years. It will now be repurposed and used elsewhere within the fire department.